Where Souls Blossom: The Dominican Hotel 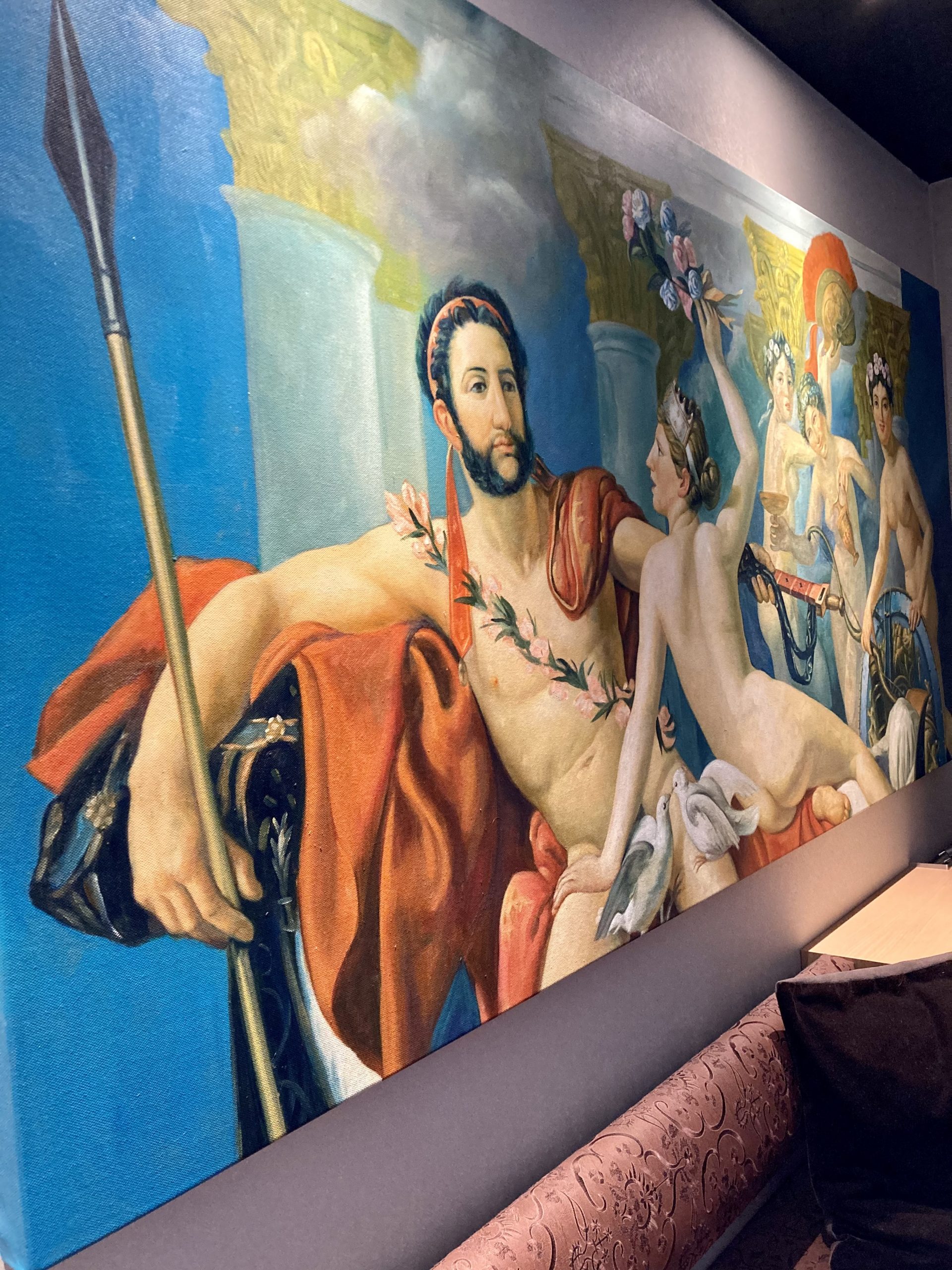 An “urban oasis” in Brussels is a five minute walk from Central Station and steps from the Grand’Place. The gentle hum of Gregorian chants drift through the rooms and elevators ushering cares and concerns toward the place they belong, the exit. The ambience of the former 15th century Dominican abbey bestows guests peace and quiet. Like a fine Belgian tapestry – religion, art and history are entwined at The Dominican Hotel.

A disciple of redemption will appreciate how the hotel has risen like a phoenix. It has been demolished and repurposed over the course of its 500 year saga and always shakes off the dust and resurrects. A colorful history includes French artist, Jacques Louis David. After the French Revolution, the neoclassical painter self-exiled in Brussels at this location from 1816-1825. Within the walls of The Dominican he painted his final masterpiece in 1824, Mars Being Dismantled by Venus and the Three Graces. The pastel painting is grand, measuring over 10ft in height, and a feast for the eyes. As the title implies, Venus disarms the God of War, as she and the three Graces replace items used for battle with gifts symbolizing love and peace. The God of War’s protective metal shield is replaced with softness, as Venus’ body leans in for safeguarding, Make love, not war is the message this painting unfurls.  Venus, the three Graces (and Cupid) work in harmonious unison dismantling, and they do it with beauty and grace. Like the garland of roses Venus brings to crown Mars, Jacques Louis David wished for this painting to be the crown and glory of his work. The artist stated publicly it would be his last. And it was. The original is only minutes away by foot at the Royal Museum of Fine Arts, but a replica can be viewed on the wall in the Jacques Louis David Suite. Bits and pieces of the memory of the artist are scattered about. A marble placard is embedded in the hotel’s exterior stone entrance commemorating his death in 1825. Replicas of his work, along with quotes by the artist adorn the hotel’s nooks and crannies.

What does a fig tree have to do with the hotel, religion and art? In the center of what was once the cloister courtyard and Jacques Louis David’s garden stands a lovely fig tree. Fig trees have been the muse for a multitude of artists and for many world religions, each holding the fig tree sacred. Buddha is said to have achieved enlightenment under the shade of its branches and when Italian artist, Michelangelo painted a scene from the Garden of Eden in the Sistine Chapel, it’s a fig, not an apple tree the artist depicted on the ceiling. Figs carry a secret, too. Unlike apples, oranges, lemons and cherries, a fig’s flower blossom remains hidden, inside the tender sweet flesh. This symbolic tree is a kindred to both the Dominican monks and Mars Being Dismantled by Venus and the Three Graces. The modest sapling extends an invitation to the unsuspecting passerby. It offers protection in the form of a crown of leaves and the fruit it bears offers nourishment. This solitary arbor summons reflection while silently prompting the viewer to look within and digest what has been and what we hope might be. Seeds of kindness and beauty, like the fig, bloom internally.  And if the fig tree at this hotel doesn’t bring inner peace, your soul can battle out cares and concerns (and waffle calories) in the state of the art boxing room. Either way, you’re certain to have sweet dreams and a good night’s sleep at The Dominican Hotel ~