Thanks Bob, For Getting Me To Land 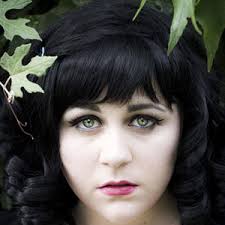 Showing up at the Moody Theater in Austin, I was the demographic: middle-class female, 30-60, chasing a raspy masculine voice known only through airwaves.  When my husband surprised me with tickets to see Bob Schneider for Valentine’s, I was thrilled!  But the real surprise didn’t come until 30 minutes into the show.

Lex Land.  There was nothing grand about her introduction or entrance onto the stage.  She walked with slow calculated steps up to a microphone and looked out upon a crowd of couples.  Her black floor length sequined gown didn’t hold a candle to the sparkle that ignited once her sultry voice spilled out lyrics that cracked with slow rendering heartbreak.  Her cover of Bonnie Raitt’s “I Can’t Make You Love Me” captured a spirit I wasn’t searching for on Valentine’s Day and have managed to avoid since marrying. My soul crushed as I listened and remembered the blistering pain that accompanies unrequited sentiments.  Like a cluster of lightening bugs springing from a glass jar, her voice released a flurry of recollections from times past.

My eyes searched the room full of romantics and wondered how many clasped hands would ultimately survive the roller coaster ride that accompanies commitment. I wouldn’t have thought it possible to turn a Bonnie Raitt classic into something more, but in an instant the original was replaced. Poof. Gone. It was exhilarating, scary and unnerving.  It may have been a day intended to bask in love, but the silent phantom drifting overhead made me question love and its inescapable tragic beauty.

I took solace in the night those memories were awakened by the velvet voice of Lex Land. And as the warmth of my husband’s shoulder nestled against my own, I paused and was grateful for the moment.

On the tumultuous sea of love, I’m grateful I found Land.